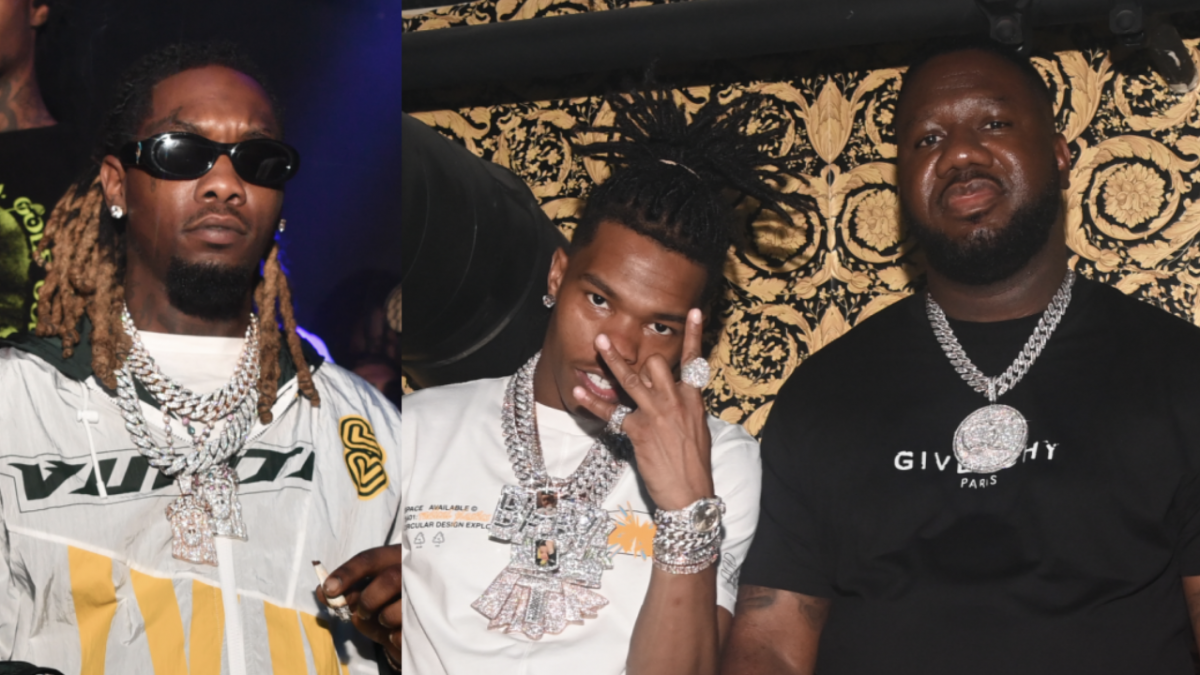 Lil baby sat with Posted On the Corner this past Tuesday for an interview. He was questioned about issues with the rap trio Migos who technically consist of Offset, Quavo and Take Off. Lil Baby says he is good with the rappers and tries not to address things like beef because it brings negative energy. “Hell nah,” Baby said. “I be wanting to comment on that type of stuff, but I just feel like when I comment on something, it just makes it bigger.” “First of all, I really don’t see shit on the internet. Like people send me shit and I be wanting to comment, but then I be feeling like that’s just gon’ make it like, even more,”

Could It Be The Label?

The rumors started back in 2020 when they say a fight broke out between Offset and a 4pf member. Dj Akademiks went live to say he believes it’s because Lil Baby climbed to the top of QC (Quality Control Music) so fast. Months later a multitude of issues occurred within the label, including Offset suing QC over his solo catalog, which seems to make label CEO Pierre “Pee” Thomas react. Pee created an Instagram video right after the lawsuit, some verbiage from the video includes Pee speaking to Lil Baby “Aye, Baby, read what it says on the back”, Pee told the rapper referencing a painting on the wall behind them. Lil Baby replied “Show Must Go On!” signaling that they are straight with or without folks.

Could it be over a woman?

Not to mention a rumored 2021 fling between Lil Baby and Quavo’s ex-girlfriend Saweetie. Lyrics have the fans backtracking to the recent song “Messy” “I said ‘Caresha, please’ ’cause she too messy/ Bitch fucked my dawg behind my back but I ain’t stressin’ / You wanted the gang? You shoulda just said it, we would’ve just blessed it/ Now shit got messy”. The bottom line don’t let money or pussy get in the way of your family’s legacy, hopefully, all the rappers mentioned above get it together and push their label as far as it can go minus the drama.