As an African-American, I can truly say that I’ve heard “black people love chicken” more times than I can count in my twenty-seven-year lifetime. It is a well-known assumption and nearly proven fact that most “black” people will eat fried chicken at any special event or gathering that includes church, family, or holidays. It’s no secret at all, and in fact, people of other ethnicities know it’s true just as much as African-American people do. This side of the acknowledgment, however, receives negative judgment as it can come off as racist and disrespectful. An example of such times occurred in 2013 when golfer Sergio Garcia answered a question about whether on not he would invite his rival, Tiger Woods, to dinner. His response was “We’ll have him ‘round every night, We will serve fried chicken. “. While the stereotypical response reeked of shade, the history of black people and chicken renders it more of an inadvertent acknowledgment. I know most people won’t see it that way, but the relationship between African-Americans and chickens wasn’t derived through stereotypical assessment alone. The history between the two existed long before society passed judgment about African-American food preferences. In fact, the union between African-Americans and chickens happened long before America became attached to the ethnic description of African descendants. I know you’ve heard the joke “why did the chicken cross the road?” It’s another one of those things we’ve all heard, but never really knew the answer to. Well, the answer and possible origin of that joke is explained when looking at the history of Africa and chicken farming. Chickens made their grand entrance into Africa as early as 2500 years ago, during the Iron Age.

Chickens, or more appropriately called the Red Junglefowl (Gallus gallus) is said to have traveled to Africa from Southeast Asia by way of the Red Sea and East African trade routes. The exact reason for the introduction is controversial, from religious rituals to agriculture gains, and a few other justifications. However, the most crucial detail corroborated from this is that the arrival of chickens gave rise to a lucrative source of income for both the African and African-born American people. Being the most prominent livestock in African villages as early as the fourth millennium B.C., the knowledge of farming chickens earned a permanent gene in the DNA of African posterity. Before American enslavement plagued the lives of the West African people, it was widely understood that they possessed adequate knowledge about farming chickens, especially the African women. Chickens were the most common farm animal in west Africa (the site where most African slaves were captured) and quite hallowed if I might I add. Chickens didn’t start off as food for Southeast Asian nations. 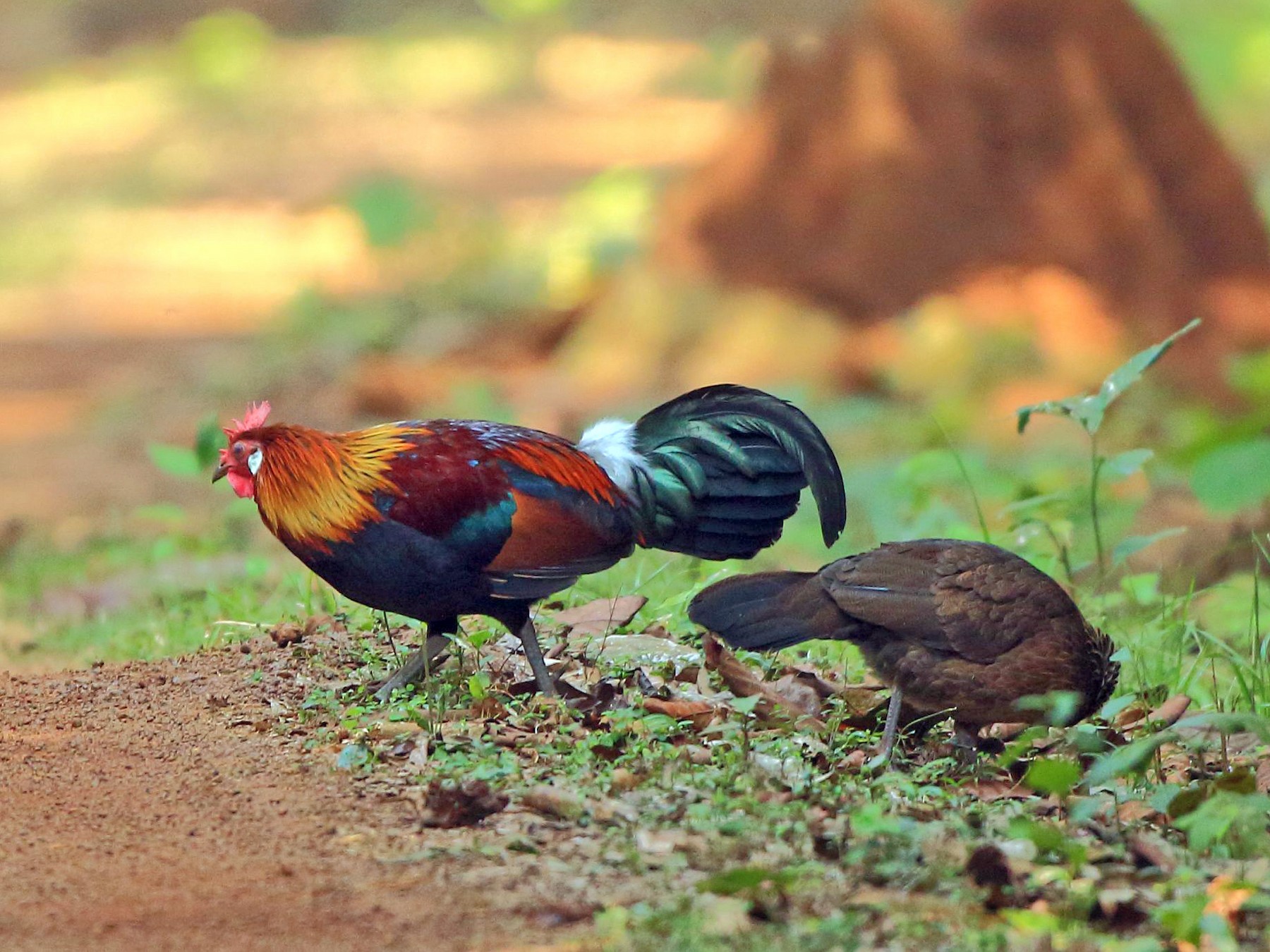 They were actually sacred symbols and important totems for African people for a short segment of time after their introduction. Archeological evidence suggests that “cockfights” are a more probable reason for the arrival of chickens in Southeast Asian nations and their importers. Before the chicken deathmatch, competitors would pluck the feathers off of their birds and then remove the wattles from beneath their beaks. Afterward, they would attach barbed spears to their chicken’s feet before placing it in a cockpit to annihilate its opponent. This birdy blood bath was performed in both temples or on the streets, and sometimes it was just to keep the communities entertained. Primarily, however, cockfights were performed in temples as a blood sacrifice to the gods in exchange for protection, good health, and cognitive remedies. Religiously, the vessel of a chicken was seen as a gateway for delivering the human temple from wicked afflictions. If a person believed they were possessed, a chicken could be killed in the place of the human to “cure” the afflicted of any wicked vitalities. Moreover, chicken soup was praised as a magical elixir that possessed the ability to cure the body of physical anomalies. Another sacred blessing to the African people that the chicken provided was eggs. Hen eggs were seen as symbols of fertility and healing throughout the Southeast Asian diaspora, and it still holds a solid stance in pagan belief systems deriving from Africa today. Additionally, natives of African lands still decorate eggs in celebration of fertility and hide them so that children can go hunting for them, similar to how Easter is practiced in America, but for a different reason and with a more ethereal intent. When African villages were pillaged and uprooted for slavery, natives were widely farming and using the Gallus gallus for food, meaning that Africans had collected a strong understanding for breeding and raising chickens that would prove to be beneficial to their freedom in the colonies. Proficiency like that of the African natives in chicken farming served them well during their time of subjugation. The biggest reason for that is because birds just weren’t considered a delicacy in the south the way that they were in Africa. This could be because culturally, southerners did not partake in religious practices that forbid some animal consumption as strictly as Africans did. As a result, the chicken wasn’t considered “A list” eats for plantation owners. Especially since there were a variety of large livestock meats to choose from. With other options on the table, chicken got thrown to the side, making it a routine entrée for African slaves to feast upon during dinner time. Not only did chicken serve them routinely at the dinner table, but it also became a tool to funnel routine income straight from their masters’ pockets, and right into theirs. During the Colonial Era, slaves weren’t allowed to own large livestock, as it was the key to southern wealth. The only animal considered an exception to this rule was the foul. Coming in as a major clutch to slaves, since southerners didn’t see the bird as valuable; slaves could own as many as they liked. Most African slaves went on to owning huge flocks of chickens; collecting each in an attempt to obtain profit from feathers, eggs, and chicken meat by selling them to their owners. Some even went as far as selling and trading their chickens in other cities and towns.

These chicken connoisseurs got so famous, that they were actually given a name. They called them the “General Chicken Merchants” of the south. One group of chicken merchants that became notably famous for selling fried chicken in a Gordonsville, Virginia railway was described as a group of women selling the “best fried chicken in the world” at the corner of the rail station. With appetizing words like that circulating the train cars and permeating smells to remember beating on the nostrils of locomotive passengers, the rail stop became a busy attraction for passengers to come and sample the chicken that had swiftly become the talk of the town. It wasn’t long before everyone in Virginia heard about the rail stop, and they were dying to hop on trains to get across town so they could try a leg or two of the palatable bird they saw as secondary eating. Every passenger in transit was sure to pop by the buzzing chicken stop, to sample and collect some of the famous, golden-brown chicken causing pile-ups at the local tram station. By the 1840s, word had spread so far across the state of Virginia about the chicken merchant’s famous breaded chicken that the town eventually became known as the Fried Chicken Capital of the World. During my adolescence, I always wondered why the stereotypical “black people love chicken” statements were so freely announced. Even if it was valid, it always felt uncomfortable to hear black and fried chicken in the same sentence. Before I researched the significance of the stereotype, I automatically thought it came from segregation. I assumed that the saying was negative (and it probably was if said by another ethnicity) and didn’t want it correlated with being black. After all, we aren’t the only culture that loves fried chicken. However, after my research, I’ve come to find that the statement is actually a compliment given the power we created with an invaluable bird during a time where we were considered powerless as a collective.

The unprecedented accomplishments that African people, both brought into and born in America, made of “useless” livestock shows that no matter what you put us through, and no matter how hard you try to set us up for failure, we will still preserver. While there isn’t much information beyond archeological findings of what happened after chickens came to Africa, several facts from African enslavement in America support the idea that Africans were fluent in raising and trading chickens long before they arrived in America. Furthermore, having had a substantial understanding of chicken farming slaves were able to turn a continuous profit, and with almost every slave’s aim being to secure their freedom, I can’t help but assume that selling chickens helped them do just that.

So, when you hear “black folks love their chicken” don’t let the stereotypical understanding of the statement take you for a ride. Instead, allow yourself to think about how the relationship between black people and chicken existed long before they made fun of what and how we eat, and it most certainly was a tool for both religious and monetary pleasures. There is no doubt in my mind that chicken could do even more if we wanted it to. They might tell you we love our chicken and make fun of how we eat it, but they won’t ever tell why the relationship between black people and chicken is so strong.

Hip hop came first, rap after. “I don't really understand when somebody says what does...