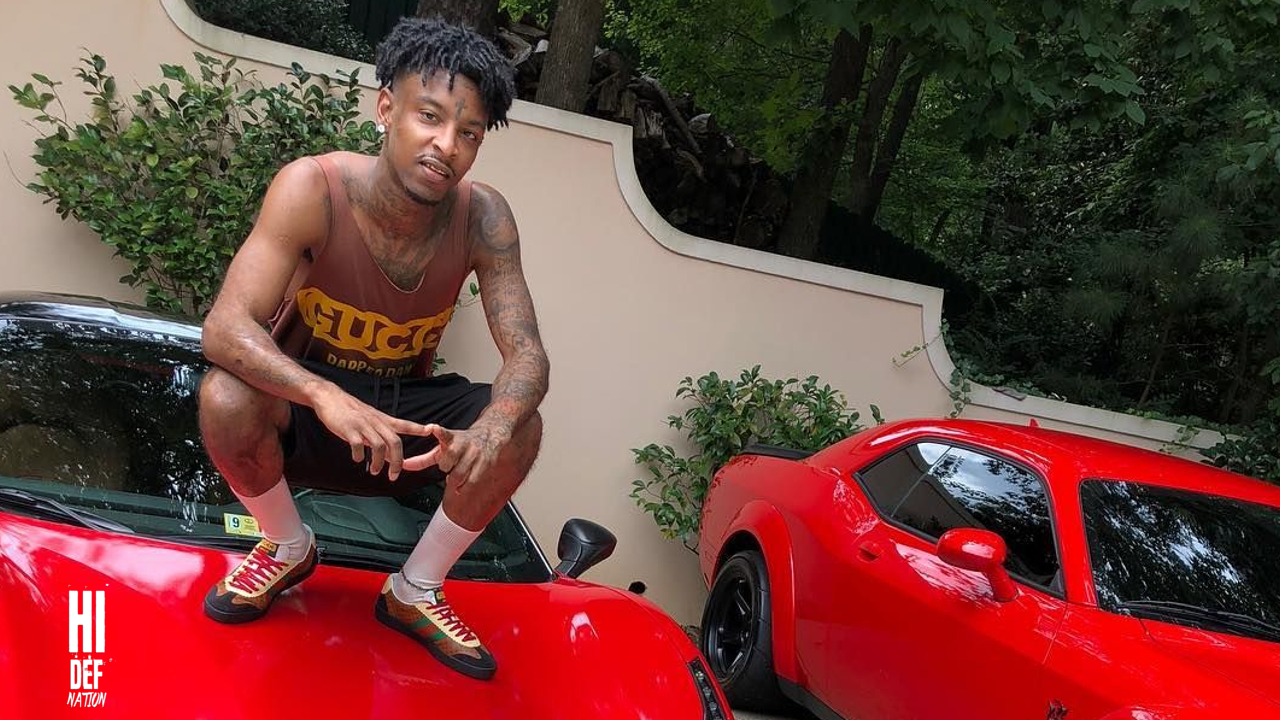 Rumors around 21 Savage’s recent arrest state that he may be facing imminent deportation to UK due to loaded gun. The Atlanta based artist born She’yaa Bin Abraham-Joseph, got arrest early this week with cousin Young Nudy and their friend Kalil Smith. All 3 were said to be in separate cars when Government agencies including ICE (Immigrant and Customs Enforcement), ATF, Georgia State police and DeKalb County Sheriff’s Department ran in. According to police report, 21 Savage was driving a Dodge Challenger which he tried to take off and illegally drove on curb. Police found a fully loaded Glock with a extendo in center console of car.
Moments later, Yung Nudy pulled up and was arrested due to a 2017 charge where he allegedly shot a man 3 times – twice in hip and once in his butt. The 3rd vehicle driven by Kalil Smith, police found a M4 rifle with a muzzle. 21 Savage is currently facing deportation also because of an expired visa from 2005. Currently there’s a defense lawyer hired by Jay -Z to research the case. Lawyers for 21 Savage have denied he was the owner of the Glock or the Dodge Challenger he was driving.